Memory Forest, also known as the Dream of Memory, is the third dream of Helen Cartwright in NiGHTS: Journey of Dreams. The boss for this level is Queen Bella. It is where Helen's Green Ideya is hidden.

When Helen and NiGHTS arrive, Reala captures NiGHTS (telling Helen that NiGHTS himself/herself is a Nightmaren) and sends her to one of Will's dreams. Will takes Helen back to the door exiting out, and Helen confirms their friendship with one another. Helen then goes back to the Dream Gate to save NiGHTS in the next mission.

Helen must climb up the chain to dualize with NiGHTS to chase after the Goodles, and get each their keys to unlock all the NiGHTS cages. Once all the cages have been opened, the player will be sent to battle Queen Bella for the first time.

NiGHTS spots an Octopaw and (s)he and Helen chase after it and try to get 30 links going through the rings it leaves behind. In addition, NiGHTS may slam into some crystal icicles and will earn bonus points for smashing through.

Helen and NiGHTS dualize to enter a concert in a sky, where NiGHTS must fly and hit the music notes without missing more than three. The player must hit all the notes to complete the song before 1:10 minutes. The song that is to be completed is Dreams Dreams.

NiGHTS will fight Queen Bella for the second and last time, where Queen Bella appears bigger. NiGHTS must use Queen Bella's balls of silk to shatter the plates under her feet so she will fall in the magma pit. The balls of magma will sometimes help, though they do take off five seconds if one lands a hit. The balls also do splash damage if they fall into the lava. After the spider queen herself meets a fiery end, the player gains the Green Ideya of Growth, the Dragon Persona, and the appearance of a mysterious stairway. 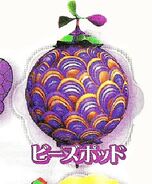 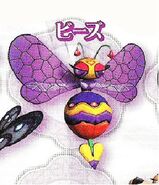 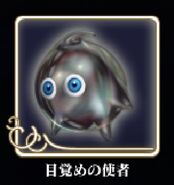 Boss: Queen Bella
Add a photo to this gallery

Concept art for the Sundials.
Add a photo to this gallery

Retrieved from "https://nid.fandom.com/wiki/Memory_Forest?oldid=10348"
Community content is available under CC-BY-SA unless otherwise noted.